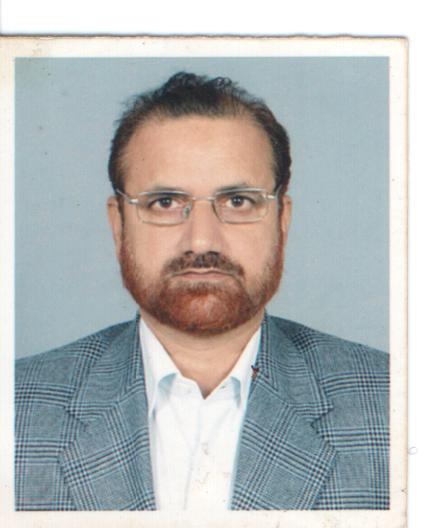 Lucknow University was established in law by the Governor General on November, 25, 1920. Sir Harcourt Butler laid the foundation of the university on March 19, 1921. Dr. Gyanendra Nath Chakravarty became its first Vice Chancellor. Ever since its inception, the Department of Persian has been an integral part of the University producing academicians and scholars of repute. The Department has been blessed with the presence of a galaxy of men of letters including Shamsul Ulema Maulvi Kamaluddin, Dr. Bazlur Rahman, Padamshri Prof. Masood Hasan Rizvi Adeeb, Padmshri Prof. Nazeer Ahmad, Prof. M. Wali-ul-Haq Ansari, Prof. Naiyyar Masood Rizvi, Padamshri Prof. (Ms) Asifa Zamani and Dr. Syed Ahsanuzzafar etc. Scholars from India and abroad have been regularly visiting the department contributing largely to the enrichment of Persian language and literature with their academic deliberations. A brief survey of the life and works of the distinguished faculties of the Department of Persian is given below:

Shams-ul-Ulema Moulvi Kamaluddin Ahmad: He is regarded as one of the earliest faculty members of the Department of Persian, Arabic and Urdu. Having got his education from the Calcutta Madrasa, he served for a brief period as a Lecturer of Persian in the Department.

Dr. Bazl-ur-Rahman:A famous educationist of his time Dr. Bazlur Rahman served the Department of Persian as Head till 1930.

Prof. Masood Hasan Rizvi ‘Adeeb’ (1893-1975):A famous researcher, an expert on manuscript, renowned critic and writer of his time, he has been the Head of the Department of Persian of the University of Lucknow from 1930-1954. He was a multi-faceted personality and has earned a respectable position for himself in the domain of literature. He has become a reference point on Ghalib studies. Many reputed journals of India and the world have dedicated several special issues on his contribution to literature. In recognition to his outstanding services in the field of literature he has been conferred with many awards and prizes. He got the prestigious Sahitya Academy Award in 1960. He got certificate of honor for his life time services by the President of India in 1969. He was conferred with the Padma Shri award in the year 1970. The Uttar Pradesh government also honored him for his valuable services in literature in the year 1972.

Prof. Yusuf Husain Mousavi: He was the Head of the Department of Persian from 1954-1963. He was well versed in Persian poetry. Urfi Shirazi was his favorite Persian poet. Prof. Waliul Haq Ansari completed his Ph.D thesis on Urfi under his supervision. He has many books and articles to his credit.

Prof. Nazeer Ahmad: Padmashri Prof. Nazeer Ahmad is regarded as one of the most renowned teachers and scholars of Persian in India. He obtained M.A. and Ph.D degrees from the University of Lucknow. University of Lucknow also conferred degree of the Doctorate of Literature (D.Litt.) on him in the year 1950. At the same time, he was appointed as a lecturer in the Department of Persian, University of Lucknow. He was appointed as a Professor in the Department of Persian, Aligarh Musllim University in the year 1960. Prof. Nazeer was an avid researcher and has earned for himself a respectable position in the field of research. He brought out a creditable divan (poetic collection) of celebrated Persian poet Hafiz Shirazi. He has written more than a thousand scholarly articles which have been published in the reputed journals and magazines. Prof. Nazeer Ahmad had a special interest with the Persian manuscripts preserved in various oriental libraries of India and abroad. His research in any topic was a corner stone in that particular area. He dedicated his entire life to the cause of research. In recognition to his outstanding contribution to literature various awards have been conferred on him. He received certificate of honor from his Excellency the President of India for his lifetime services to literature. Moreover, he has also been the recipients of many other prestigious awards namely, Mir Award, Ghalib Award, U.P. Urdu Academy Award and Mahmood Afshar Award etc.

Prof. Ragheeb Husain: He was the HOD of Persian from 1973-1975. He was a dedicated scholar and has many books and articles to his credit. His profound knowledge of Persian literature made him a popular teacher among his students.

Prof. Wali-ul-Haq Ansari: Prof. Ansari was one of the most celebrated scholars of his time. He was HOD, Persian from 1975-1988 and helped the department of Persian to reach greater heights. He was a poet, a writer and a diligent researcher whose works are a valuable treasure of knowledge and wisdom. Prof. Ansari was a fine Persian poet of 20th century and left a poetic divan too. His research on Urfi Shirazi has earned him an eternal fame in the annals of Persian literature. He has received various awards and distinctions for his outstanding contribution to Persian language and literature. He was conferred with the certificate of Honor by his Excellency the President of India for lifetime services in 1987. He also received Saadi award by the Iranian government for his valuable contribution to Persian. Moreover, Mir, Ghalib, and Urdu academy awards have also been conferred on him.

Prof. Naiyar Masood Rizvi: The name of Prof. Naiyar Masood Rizvi stands supreme among the most revered teachers of Persian in the present era. He commanded equal respect from both his well-wishers and critics due to his extra ordinary scholastic abilities. Prof. Naiyar Masood is regarded as one of the finest fiction writers of the contemporary period. His works have been well-received in academic circles. He has received the prestigious ‘Saraswati Samman’ by Birla foundation for his masterpiece novel “Tawoos Chamanki Mynah”. Besides, he has also been conferred with many other prestigious awards namely, Certificate of honor by his Excellency the President of India, Saadi Award, Ghalib award, Mir Academy award and Urdu academy award.

Prof. Asifa Zamani: Padmashri Prof. Zamani, Professor Emeritus in the Department of Persian, can undoubtedly be considered as the greatest female Persian scholar produced by the city of Lucknow till date. She has the distinction of being the first female lecturer, first female Reader and first female Professor and first Head of the Department of Persian in the University of Lucknow. She has been actively engaged in various academic activities and produced valuable books on Persian language and literature. She received the prestigious Padma Shri award in the year 2004.She has been a recipient of various awards and honors viz. Certificate of honor by his Excellency the President of India, Saadi Award, Ghalib award, Mir Academy award and Urdu academy award.

Prof. Khan Mohd. Atif: Prof. Khan Mohd. Atif took charge of the HOD of Persian in 2005. He was superannuated from his service in the same year. Besides being a good researcher he is an excellent orator. He received Mir Academy award. In recognition to his valuable contribution he has been conferred with certificate of honor by his Excellency the President of India.

Dr. Syed Ahsanuzzafar: Dr. Syed Ahsanuzzafar is considered among the dedicated researchers of the present time. He has many books and articles to his credit. He has conducted extensive research on renowned Persian poet Bedil Azimabadi and is an expert on Bedil. In recognition to his valuable services to Persian literature he has been conferred with certificate of honor by his Excellency the President of India.