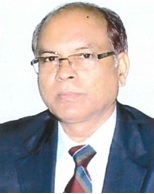 Professor Sahni’s expertise in plant fossils led to the establishment of palaeobotany as a major field of research. Later the disciplines of Algology, Bryology, Cytogenetics and Plant Breeding, Mycology, Plant Pathology, Plant Nutrition, and Plant Virology took root, and flourished. Disciplines of Plant Biotechnology, Molecular Botany and Nanotechnology have been added to our field of specialisations to reflect a new age of science and technology. This diversity has brought with it a new dimension in teaching of these exciting branches, and made the Department of Botany of the University of Lucknow a unique place where teaching and active research is being handled in so many different areas. The Department has thus become an internationally known hub of diverse botanical science research.

The academic diversity is reflected in the post-graduate programs offered by the department: Botany, Plant Science, Environmental Science, and Microbiology. The Department also offers a three year Undergraduate Course to its students. The courses run are as per the guidelines of the New Education Policy, NEP-2020. Students of Ph.D. in Botany have found substantive placements subsequent to the completion of their degree. In association with the UGC Human Resource Development Centre at the University of Lucknow, the Department regularly conducts Refresher Courses for in-service teachers of Botany/Plant Science/Life Science etc from different Universities and their associated colleges.

Collaborative efforts are on with several Lucknow based Research Institutes under the CSIR, DST, and ICAR. In 1979, the Department was identified as UGC Department for Special Assistance in the first Phase which was later extended to three phases.  Thrust areas identified under SAP were Bryology, Cytology and Plant Genetics, Plant Physiology and Nutrition, and Plant Virology. In 1990, the Department of Botany also qualified for support for the development of infrastructure under the COSIST programme. Support received under these programmes, as also under research projects sponsored from time to time by different agencies helped the Department in generating facilities for advanced research. The Department has successfully executed research projects with financial support from the UGC, ICAR, DBT, DST, CSIR, DOE, MoEF, USPL480-ICAR, UPCST, UPCAR, NHM, and NAIP. The Department has been the recipient of financial support from DST-FIST and DST-PURSE programmes. In 2022, the department has also received grant from the DBT-Builder scheme.